Prestige and Popularity: Scotch whisky at a crossroads

Its rich history and association with prestige has made Scotch the world's top traded spirit drink. But can it survive competition from global producers?

SCOTCH whisky has had a long and illustrious history, dating back to the 15th century when the first malt duty was recorded by royal authority to a monk at the Lindores Abbey Distillery. Today, despite a hiatus of more than 500 years, Lindores Abbey is still in production, and Scotland has remained the world leader in whisky production for at least the past century, making "Scotch"  the world’s number one internationally traded spirit drink.

But while Scotland is synonymous with whisky* it certainly isn’t the only country to produce it these days and therein lies the challenge.The USA, Canada, Ireland, and Japan also have long and proud traditions of whisky-making while the last decade has seen whisky distilling make a comeback in England and Wales for the first time in a century. New distilleries have been built across continents - in South Africa, Australia, Taiwan, Spain and Sweden - while one enterprising company shipped everything needed to set up a whisky distillery to Mongolia. Even in Singapore there is now a single malt whisky being aged in a 200-litre ex-Bourbon cask. Interestingly, Singapore is the third largest export destination for Scotch whisky by value thanks to it being an efficient regional distribution hub and not due to an astounding personal consumption in the island republic.

In the context of this growth and popularity, it might be said that imitation is the sincerest form of flattery. When a customer orders a “Scotch” does it really matter where it came from? Most definitely, according to the Scotch Whisky Association (SWA) which is responsible for protecting the provenance and prestige of Scotch whisky in the face of this increasing global competition. By definition, Scotch whisky must be made of only water and malted barley, plus other cereal grains as optional; be mashed, fermented, distilled to no more than 94.8% Alcohol By Volume (ABV); matured in oak casks not exceeding 700 litres for a minimum of three years in Scotland, and be bottled at no less than 40% ABV.

Having said that, the whisky market remains significant. According to SWA’s statistics from last year, 36 bottles of Scotch whisky are shipped to 166 markets around the world each second, with a value estimated at around £4 billion. In 2017, exports to China alone reached around £60 million, with 25 bottles exported by the minute. The Scottish whisky industry accounted for a whopping 75% of Scottish food and drinks exports, 21% of all UK food and drink exports, and 1.4% of all UK goods exports. Figures, unlike whisky, not to be sniffed at!

But success comes at a price. The emergence of “fake” whiskys goes back decades, appearing at auctions as early as the 1990s. More recently, a luxury Swiss hotel opened a bottle labelled as an 1878 Macallan single malt (held in their cellar for more than 25 years) only to discover it  to be a fake. Particularly embarrassing was when it was sold amid much publicity and fanfare as the “world’s most expensive dram at £7,600  to a Chinese millionaire. The issue was highlighted again when more than one third of high value vintage Scotch whiskys tested at a specialist laboratory using carbon dating techniques were found to be outright fakes or misleadingly labelled as to year.

Fake “Scotch whisky” in the mass market began to appear around the world with subtle differences such as using names most commonly associated with Scotland - Loch, Highland or Glen. Labels include the usual images of tartan, bagpipes and traditional Scottish kilts. An exploding middle class of young savvy consumers - especially across Asia who are willing to spend top dollar for a rare or special “Scotch” - has become an attractive target market for counterfeit producers who try every trick in the book. 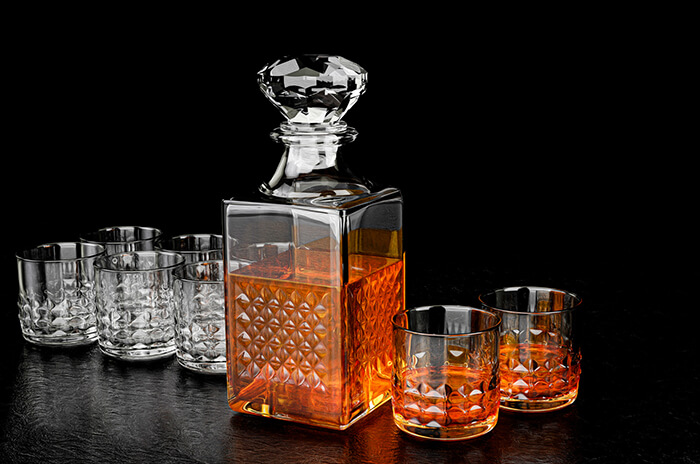 In support of whisky authenticity, China renewed its trademark protection for Scotch whisky, valid until 2028 to protect the category and their consumers, from local counterfeit products. Since 2008, the SWA has fought more than 100 trademarks cases and taken down around 200 fake products in China.  It ensured that provenance is protected with IP registration in many countries throughout the world and has worked with international law enforcement to prevent the counterfeiting of Scotland’s biggest export.  In addition, a registered Geographical Indication (GI) protects Scotch Whisky from misuse, imitation, evocation and any other practice liable to mislead consumers.

The Value Behind Prestige

The future looks bright for the Scotch whisky industry in the long term. However, the immediate challenges from global competition are compounded by the obvious impact of the coronavirus. From the near total shut down of the hospitality sector to impediments in production and distribution and even the negative impact of global travel restrictions on duty free retail sales, the challenges lie in plain sight. High taxes and tariffs on a valued item at home and abroad don’t help either. This industry - which supports an estimated 40,000 jobs in the UK - depends on the provenance, prestige and range within the “Scotch” brand as well as the individual output and labels produced by 134 Scotch Whisky distilleries operating across Scotland.

To put a price on it, Scotch can retail for as little as SG$40.00 while a rare 60-year old Scotch reached an auction house high of $1.9 million while a rare bottle of single malt retailed at Changi Airport Duty Free for an astounding S$250,000.  According to the Guinness Book of World records, the world’s most expensive personal whisky collection is in Vietnam, with a valuation of £10.8 million. All this resonates in Asia, where the bottle of whisky you buy in a bar is often kept in a private cellar, ready for ostentatious display with your name on it each time you visit. It is a matter of image and the SWA is working hard to provide the consumer with the assurance that the “Scotch” they order – and which they value for its history, process and prestige - is in fact the genuine product with six centuries of tradition bottled in Scotland.

Scotch whisky is regarded for its history, the complex and precise processes that go into the making and the prestigious image built up over centuries; not to mention the clout of  fictitious and real-life ambassadors from Winston Churchill to James Bond. Around the world Scotch whisky is seen as the ‘real thing’ and today look out for the numerous businesses touting opportunities to invest in casks, which can be stored and sold, or kept and bottled at a later date for consumption. Like any investment, consider it well but unlike most, you can always enjoy the returns on a social basis if not financial.

It is said that if you don’t like whisky, you simply haven’t found a whisky that you like. The proliferation of whisky tours and tastings at Scotland’s more than 130 active whisky distilleries has of course been disrupted by the global pandemic, but it looks like it has just created some pent up demand from the tourists who are making their way back to Scotland. As the freedom to travel, slowly but inexorably, heads down the right road it resonates with the words of Scotland’s bard, Rabbie Burns, who said: “Freedom and whisky go together.”

* Whisky is the Scottish spelling, which is solely used here for convenience. Most other countries spell it Whiskey.

Investing in Readiness: Vietnam as a Bright Spot in Asia

Vietnam’s economy has been one of resilience and steady growth and this success was based on strong fundamentals and policies developed over the past three decades.

Beating Cyber Disruption Means Getting Back to Basics

Cybersecurity should be centre stage for all companies but too often strategies and urgent implementations forget the basics – that people still represent the greatest risk.

The State of Aviation

Public pressure is mounting on the beleaguered airline industry to open international borders for travel as usual in the face of constantly changing restrictions and vaccine uptake.

The path to success can be varied – but as everyone knows, we learn more from our mistakes than the easy wins.

Get the most from Bizruption.asia

Choose from news letter and alerts save, download and print unlimited articles see personalized content on our app